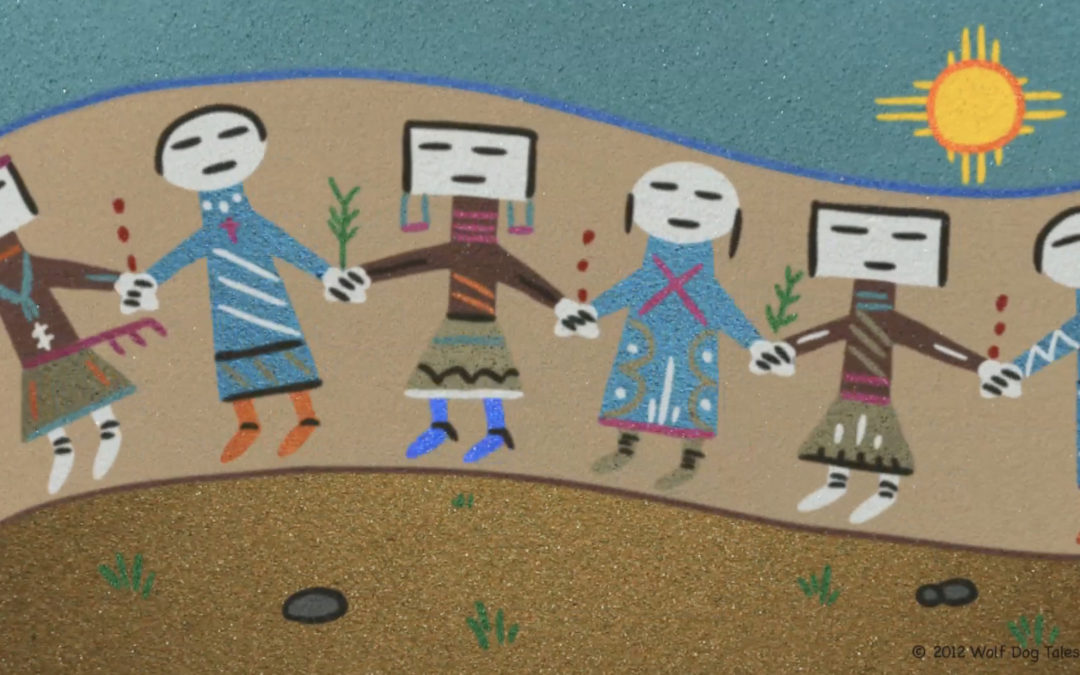 No less than nine documentary filmmakers and artists offered their first-hand experiences to the audience for the “Art in Film” panel discussion and breakfast kicking off Saturday’s schedule for the 2012 Santa Fe Film Festival. Presenting a range from musicians to sculptors to photographers, I count no less than ten films at this year’s festival were feature length documentaries of artists at work.

The two hour event at the Hotel Santa Fe took almost an hour to get under way because there was such a tempting array of goodies and hot drinks in the back of the room that people couldn’t stop nibbling, networking, and chatting about the films they’d watched on Friday.

When we finally sat down, the conversation was begun in earnest by Diane Karp, executive director of the Santa Fe Art Institute.

“Films are art in themselves. They’re made by artists,” Karp reminded us, “but these films are about art and artists as well.”

She highlighted the responsibility of the filmmaker for what she called, “sovereignty of the context,” the challenge of presenting the context of the work and artist accurately so that a clear understanding can be had. Karp kicked the conversation off by giving each filmmaker an opportunity to clarify their intent.

The first to share was Bernadine Santistevan–the sole panelist not presenting a documentary on the panel. Her six-minute animation “Wolf Dog Tales” took a year to complete and involved many different contributors. The film aims to bring the local indigenous storyteller’s craft alive with animation borrowing from the tradition of Navajo sand painting. “When a native boy from Pojoaque Pueblo saw my film he cried and said, ‘Now I can take my ancestors with me.’ That’s why I make art,” the director confides.

The feature length “Cardboard Bernini” by returning filmmaker Olympia Stone, was a six-year-long project about sculptor and illustrator James Grashow. Stone described her approach: “I asked if I could follow Jimmy around with the camera.” Take note, aspiring documentarians, Stone made her feature without a crew. “There are minuses to working like this, because the film isn’t as beautiful as it could be,” she admits, but Stone gets inside Jimmy with all his humor, angst and brio, while documenting the birth of his magnum “pulpus.” The director exhibited at Santa Fe Film Festival in 2006 with a documentary about her father, NY contemporary arts impresario Allen Stone.

Christy Hengst is a painter, sculptor and public installation artist. She and her work, “Birds in the Park”, have become the subject of the movie by the same name by German filmmakers Tom Meffert and Dagmar Diebles. Hengst hand-built birds of porcelain then stenciled lines of text about war on them. This doc shows how people connect with the work as it premieres in destinations as diverse yet interconnected as Los Alamos, New Mexico, the Galapagos Islands, and Peenemünde, Germany. Though Hengst had conceived the piece prior to Meffert’s and Diebles’ involvement, she reflects back now on how, “the project feels much more complete than it would have without the film.” This becomes increasingly true for artists. If you believe the subject of your work deserves global attention, tapping the digital potential of it becomes as important to perfect as any other aspect of the creative process.

Dagmar Diebles was a medical process filmmaker before she teamed up with Tom Meffert who had first studied architecture before connecting the dots to cinema. When he started, he didn’t understand the difference between features and documentaries. “I saw it all as telling a story with pictures,” he said. Diebles and Meffert believe in shooting until the story emerges. “You are always connecting, hunting for something. You keep the overview and search for things that really fit together.” That is so true, and remains so all the way through post production.

Beth Kruvant, director of “David Bromberg, Unsung Treasure”, practiced law for 20 years. Her “Heart of Stone” which won an editing award here in 2009, was about inner city gangs in New York and New Jersey. “For my next film I wanted to do something less intense,” she said. She saw David Bromberg perform at one of Levon Helm’s Midnight Rambles in Woodstock and that lit the fuse. Beth respected the artist’s boundaries while she was filming. When she couldn’t get something from him, she was allowed to run to his brother. She wanted more of the artist’s personal life. The artist wanted her to focus more on his musicianship. She brought that through in the end and they were both happy.

Michael Pettit’s “Living Traditions” is a film about the National Heritage Fellows from NM. The project began when Michael met one of them at Santa Fe’s Museum of International Folk Art. He decided to get interviews of all the artists, or those that survived. “Already, ten of the fifteen are no longer with us. I traveled all over New Mexico to collect the record of the remaining ones, plus stories from the survivors of those past masters. The living artists themselves are so humble, you learn more sometimes from interviewing family members, many of whom practice the art themselves.” The strongest trait among them turned out to be that these artists all possess a deep underlying faith.

Christina McCandless’ first feature, “From Zimbabwe to Santa Fe,” follows two communities of artists in Zimbabwe competing for highly coveted, very limited booth space at the largest International Folk Art Market in the world, which convenes in Santa Fe, NM, every July. The narrative of McCandless’ story is of the way that art builds and connects community. She volunteered at the Folk Art Market, met an intern from Africa and was invited to Zimbabwe to film the artists. “I try to be sensitive and not overlay European culture on indigenous cultures,” she said.

In the Q&A that followed, an audience member opened with an inquiry into production costs. Responses from three of the panelists were similar in that they financed largely with support from family foundations and or museum foundations. All acknowledged the value of achieving tax-exempt status. Ms. McCandless said she staged a successful Indiegogo campaign. All of the filmmakers present reported to have put some of their own money in.

Onward we finally plunged into more filmic discussion. Another question came from the audience: “There is the creator and the act of creation being captured in your films. How much are you as a creator and your act of creation influenced by the creations and their creator you are filming?”

Beth Kruvant captured David Bromberg making an album with other well-known artist including Keb Mo, Dr John and Vince Gill. “From a strictly technical viewpoint,” Kruvant said, “the camera had to be put in different places as per the individual wishes of each of the artists.” Olympia Stone reported that James confessed if she hadn’t been filming him he might not have gone through with it. So this points to a collaborative bridge between film artist and featured artist, that strengthens both sides.

An audience participant turned the question around, quizzing Christy Hengst on how having filmmakers Meffert and Diebels watching her influenced her work. “I liked allowing for many repeated installations of the work to be strung together by the film,” she answered. “It made it much more solid.” Dagmar Diebels added, “We didn’t always agree on everything and had discussions until we reached a compromise.”

Michael Petit joined in with another view: “I did another film with four Africans and four Europeans and there was so much animosity and tension, it was not good for the project.” A hazard of any documentary project can be that you aren’t prepared for what happens.

A final question from the audience was taken by Karp. “Do you show the movie to the artist while you’re making it?” Diebels and Pettit confessed to have shown the rough cut to the artist while it could still be changed. Stone and Kruvant informed us the artists never saw their films until they were finished. The same could be said of MeCandless’ film, no doubt, since she edited it after returning from Africa.

It was an enjoyable conversation that multiplied geometrically after the panel was adjourned. There were still croissants and Danish pastries left at the buffet and the coffee pot was still flowing so, after a round of applause, the conversation