The Current State of Polish Cinema 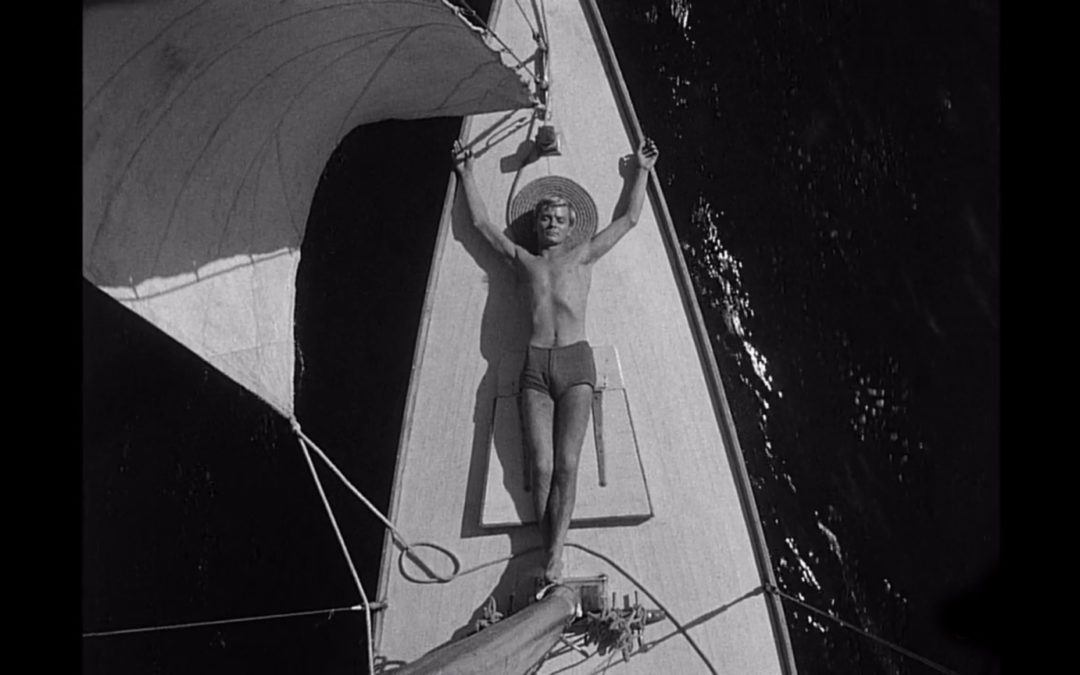 I had the pleasure of attending one of the 2011 Santa Fe Film Festival’s panel discussions Friday afternoon at Zane Bennett Gallery. Brent Kliewer, this year’s program director for the festival, hosted the conversation. The audience was made up of hungry local film lovers like me and guest filmmakers, from various parts in and outside the US, whose movies are screening at this year’s festival.

For 25 years Pawel Wendorff has worked in Poland as a cinematographer, having shot about a dozen feature films and documentaries. “Odd One Out,” which plays on Saturday, 5:15pm at CCA, is his first feature as full-fledged director. The film has already begun gathering awards on the festival circuit.

Brent began the program by asking him, “How did the Polish film school happen to be located in a place like Lodz, which is a factory town? Why not one of the obvious cultural centers such as Krakow or Warsaw?”

“It probably had to do with the time period in which the decision was made to open a film school,” the filmmaker answered. “That was 1956. Warsaw was still a heap of ruble from the war. Lodz was conveniently located nearby. It was nothing but gray factories and factory workers.” He then began to paint a rather amusing picture of what it must have been like when this Polish industrial town of 90 percent blue-collar workers was suddenly infiltrated by a group of artists with movie cameras. I am paraphrasing heavily as his English came forth in halts and gallops. At the very least, it sounds like the students made the most of Lodz’s gritty locations for their student films.

Brent then asked Wendorff to compare his first encounter directing features with his extensive experience as a cinematographer. “I have done so many pictures as a cinematographer that it begins to feel like just another job.” the filmmaker replied. “Directing provides the most creative inspiration for me now. It feels more like art.”

When one of the audience members asked if he would ever consider wearing both hats simultaneously while making a feature film, he was not enthusiastic. “I would like to have the camera operator be someone else,” was his answer, “then you can better focus on things that are most relevant to the film, such as the conduct of the actors.”

Wendorff’s film “Odd One Out,” is a kaleidoscopic narrative revolving around a man who lands his first job as a delivery driver and inadvertently becomes a witness to a traffic accident. When he gives his statement at the police station, he finds himself suddenly entangled in a surreal web of intrigue. The movie has a quality of paradox and absurdity characteristic of the great tradition of literature from countries where oppressive bureaucracies assume the visage of labyrinthine nightmares.

Being the fountain of film facts that he is, Mr. Kliewer engaged Mr. Wendorff in a lively discussion on the Polish film tradition, which dates to the invention of motion pictures. Mention was made of early associations with Yiddish theater, prior to the Nazi and Soviet Invasions, and the cunning adoption of Aesopian codes by those filmmakers forced to find ways around political censorship. From there the discussion progressed to more recent milestones in film including Polanski’s “Knife in the Water” Bugajski’s “Interrogation,” and Kieslowski’s “Decalogue.”

The legacy of filmmaking that Wendorff was born into is very different from ours. We take for granted the demands of a free market that determines which projects attract investment and which do not. With few exceptions this has been our model since the beginning. Though it may sound like an advantage to have lived in a country where motion pictures were subsidized by the State, film projects were, often as not, paralyzed by red tape and burdened with the agenda of the party in power. For better or worse, State funding in Poland came to an end in the 1990s after the collapse of the Soviet Union.

In the present day, a movie tax goes to the Polish Film Institute that helps pay half the budget for qualifying movies and the filmmakers raise the other half. If their film makes a profit, they refund the seed money for the benefit of future film projects however, in a country with only six million people, it’s hard to make your money back.

I was surprised to learn that, throughout Europe, movies do not generally reach profitability, at least on non-English language films. Even when Italy was numero uno in international cinema in the late fifties and early sixties, it only commanded 50 percent of its returns from the home market. Importation to America is practically essential for a movie to financially succeed.

If this trend continues, it portends the eventual death of national cinema. When you consider the extraordinary treasures that Polish cinema has contributed since its beginnings, such a development is heartbreaking if not outright outrageous.

In response to this news, I asked Wendorff if he wouldn’t prefer to come to America to make movies. “There are currently no Polish directors working in Hollywood,” he said. “Polish filmmakers may dream of making movies here but it’s a far-fetched notion. They are more focused on earning enough money to survive and finishing the next film.”

Wendorff appeared to be humbly gratified to be attending our festival and discussing his national cinematic heritage. Capturing attention at prestigious American film festivals will support him in being able to make his next film when he returns home.