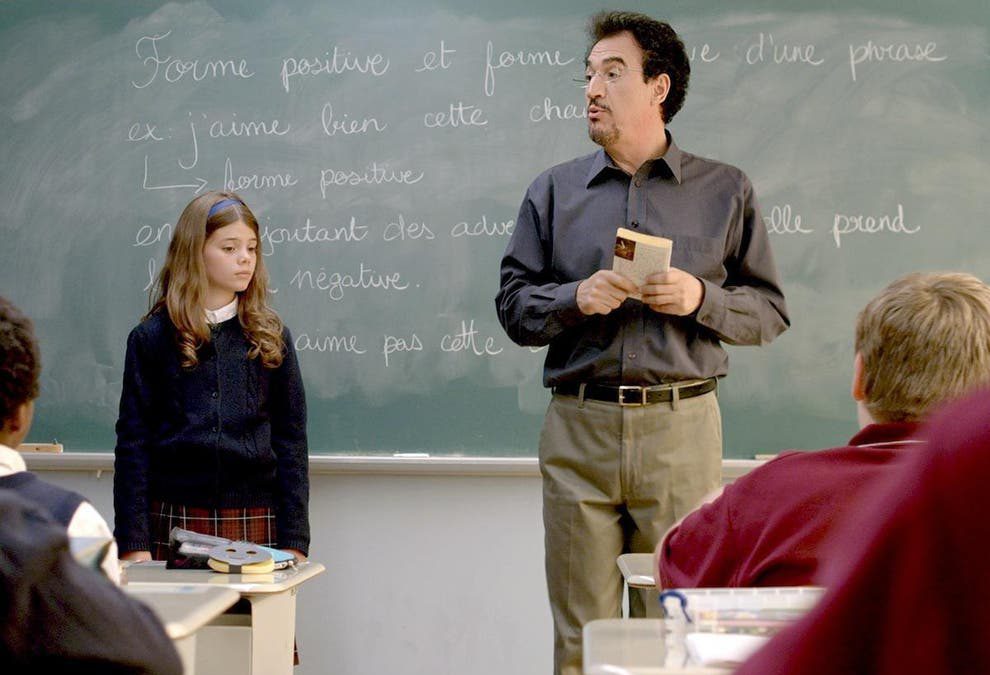 Monsieur Lazhar,” Canada’s official entry for the 2011 Best Foreign Film Oscar, concerns an Algerian immigrant that finds work in Montreal standing in for an elementary school teacher who recently committed suicide. It sounds straightforward enough, but nothing is as it appears on the surface–and yet the story does not play out like a mystery in the orthodox sense. The emotional truths that each of the main characters arrive at become a far more interesting journey than determining the bare facts of the tragedy at its center.

Philippe Falardeau’s fourth feature is a tender, engrossing drama played out mostly in a 6th grade classroom with some gifted child actors. The title role is played with remarkable delicacy by a handsome, ex-patriot Algerian comedian, writer and social commentator now living in France who goes by the name of Fellag.

Monsieur Lazhar is saddled with the pressures of enduring a personal tragedy while he attempts to bridge the gulfs that separate him by age from his students, by his differing teaching methods from his fellow educators, and between his native culture and that of his adopted country.

From his opening scene onward, when Lazhar persuades the school’s headmistress to hire him, he seems to comprehend the breadth and scope of his responsibilities and appears equal to the task. Once inside the classroom, her faith in him is confirmed as he demonstrates genuine compassion for the students, continually proving his worthiness as teacher and role model while the children adjust to the uncustomary rigors of his teaching methods and grapple with their grief and confusion over the loss of their esteemed former teacher.

I was surprised to discover that the leading child actors are evidently both quite new to cinema. Emillien Neron, who plays Simon, is burdened with a guilt complex connected to the death of his former teacher. Sophie Nelisse, plays Alice, Simon’s best friend and favorite pupil of Monsieur Lazhar. The movie opens with an exchange between the two that distinguishes their bond. Simon’s behavior reveals a passive aggressive streak that appears as harmless teasing. Alice, being the more mature of the two, takes it for the display of macho affection to which boys their age are prone.

The film unfolds from here as if it was headed directly for the mutual healing of the main characters and we are content to be set up for a heartwarming redemption, for its finale, overflowing with finely-honed performances and sweetly observed details in between. However, there are darker undercurrents to these characters than we are not immediately capable of comprehending yet even when they are exposed, it does not significantly change the mood or timbre of the story. It simply makes the characters even more real, their emotions extra vivid and the entire movie more satisfying. We are brought down to earth and served a helping of real life in a most lucid and loving fashion.