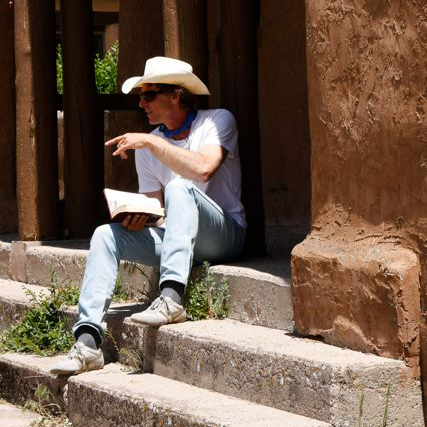 I wrote my first screenplay “Uncommon Bonds,” by candlelight, on a battery powered typewriter, while living in a 100- year-old miner’s cabin and being a carpenter during the day.

In 2008 it was my pleasure to study the craft, four days a week for 9 months, with Tom Musca, of “Stand and Deliver” notoriety. Tom was adept at the art of story structure. In addition, I was able to attend a number of lectures and a screenwriter’s weekend with Emmy award winning writer-producer Kirk Ellis. A subsequent 10 year commitment to writing screenplays led to another bout of frustration with breaking into the industry. Each year, I would apply with a new original feature to Sundance Screenwriter’s lab. The best I could manage was a second round nod for my social drama, “fathersfailure.com.”